Main Street Walking Trail
​In April 2017 we published a new guide to some of the many interesting buildings along Main Street Fulford.
​To download a copy of one side of the trail click HERE and again HERE for the other side.
The trail is illustrated with delicate drawings by the lovely late local artist Martin Lomas, including these, below: 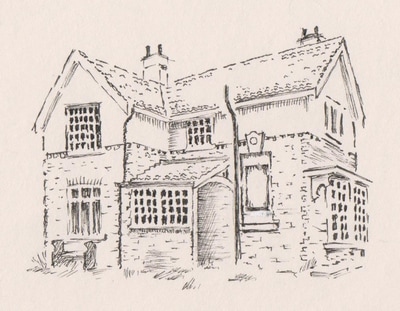 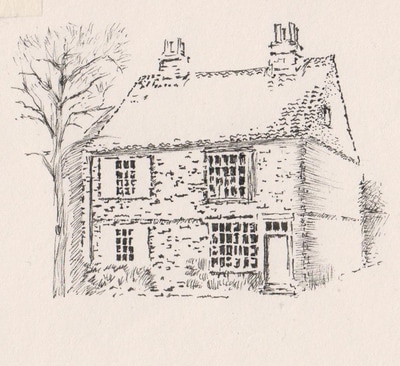 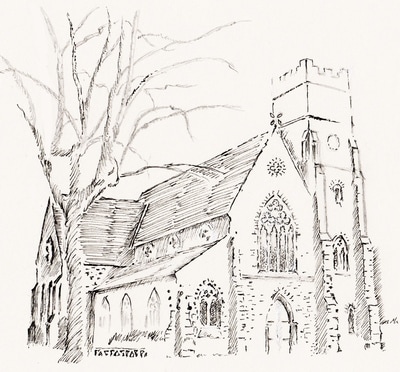 Fulford's Lost Shops
In September 2018, Barbara King delighted a large and attentive audience with her illustrated talk on Fulford's Lost Shops, and it's surprising how many there were!  With the help of Judy Nicholson, Barbara had spoken to many local people and consulted census records, newspaper archives and business websites, to discover that many of the houses along Main Street had once been shops.  She also found that some had remained as shops but changed what was sold over the decades as the owners came and went and also as consumer fashions changed or the economics of trading waxed and waned.

Barbara painted a picture of a suburb of York which enjoyed the benefits of its proximity to the city, including a regular tram link, but was also semi-self sufficient in its retailers, so most things needed for everyday life could be obtained locally.
As so often happens in our friendly meetings, the audience also contributed their memories, including some who had owned or worked in the shops and some of their stories were very amusing too.

Barbara began with a summary history of the shops, which I include here:

The earliest shop I have found in Fulford Main Street is listed on the 1841 Census as Thomas Dickinson’s, shoemaker of 101 Main Street, followed on by Ann Shaw, a niece of the Dickson family.

Robert Medd on the 1861 Census is shown as a cow keeper and shop keeper in the area close to Medd’s Lane.
1868 Leng’s Biscuit Bakers opened at 77 Main Street.

The first Post Office opened in the village at 18 Main Street around the late 1880’s although the premises in the 1860’s, 70’s and 80’s had been a Bookmakers, Grocers and Shoemaker’s Shop.   Various members of the Hall family had been responsible for the various businesses.

Harrison’s Taxis were well established in the late 1800’s having moved from Naburn Lane into Main Street by the 1891 Census.
1905 saw the start of the Duffield empire with Harry Duffield’s cycle shop at his home at 24 Main Street.
Britton’s Dairy began in 1920.

The purpose-built row of shops at the end of Prospect Terrace was built in 1904 and shopping in Main Street began to flourish.
Other household trades and industries, listed in the earlier 1800’s Census’s, which potentially could have been classed as “shops” included:
Building trades, joiners, glazier, blacksmiths, saddlers and cordwainers (shoemakers belonging to a Guild), butcher, market gardeners and nursery men, tailors, knitters, dressmakers and collar makers, laundry workers and char-women.

Small shops were established in the 18th and 19th century in many remote places where transport was limited and a single shop was sufficient to service the needs of the community, but the 1970’s saw the death of the village Grocery Shop.  Village shops today tend to be used by firms offering specialised goods and services, rather than food shopping.

The first full-scale supermarket in Britain was opened by the London Co-Operative Society, in Manor Park, on January 12 1948.  Sainsbury’s in 1950 and Tesco in 1954.  I think that many of our older residents miss The Premier Store (our last small convenience store in Main Street), but for those more able to get around we do have a Co-op, Aldi, Iceland and Sainsbury’s just a short bus ride up Fulford Road.

You can download a copy of Barbara's talk by clicking HERE but please note that the images are Barbara's copyright and must not be used without permission.  The slides with images are followed by slides with Barbara's notes, which add lots of interesting details.

​We recently held a meeting at the Pavilion Hotel, where around 60 people came to hear our busy members, Judy Nicholson and Barbara King, give a talk about the history of the building (originally an 18th century farmhouse) and the illustrious families who have lived there.
​We are grateful to the Pavilion Hotel for generously providing the meeting room and refreshments to everyone.
The event was a great success and by popular demand, Judy has written a summary which can be downloaded HERE.
Geophysical Investigations at the Sir John Hunt Memorial Cottage Homes

In July 2015, some 30 FFH members and others undertook an investigation of the grassed areas surrounding the alms houses and other buildings of the Cottage Homes.  The almshouses are situated at the north end of the village on Fulford Road, and running west along St Oswald's Road.

The event came about following a suggestion by a student archaeologist, Paul Dudrin,  that the group may like to undertake a geophysical survey somewhere in the FFH area.  This site was selected because it was close to a recent archaeological investigation in the Connaught Court Masonic Nursing Home, where evidence had recently been found of Roman occupation, including building materials and an Augustan coin, along with mediaeval ridge and furrow.  Another reason for choosing the site was that old maps showed it had not been built on.

The investigations found the mediaeval ridge and furrow continuing from the adjacent Connaught Court area and also some indications of a large bank and ditch near that site's Roman finds.  It was also interesting that there was no suggestion of a possible Roman Road running close to and parallel with Fulford Road.  The report on the investigations may be found here.

A transcript of the residents, both private and commercial in Fulford Parish with a description of the parish in 1881.

Some photos of Fulford Village 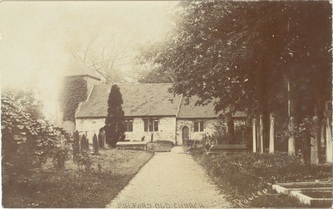 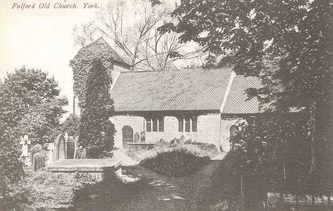 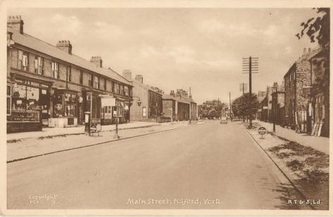 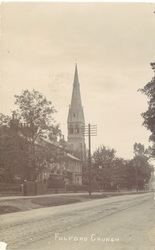 Have you got any photos/postcards of this area you'd like to share? Let us know and we can manage scanning and uploading them for you.