Churches and Chapels in Heslington 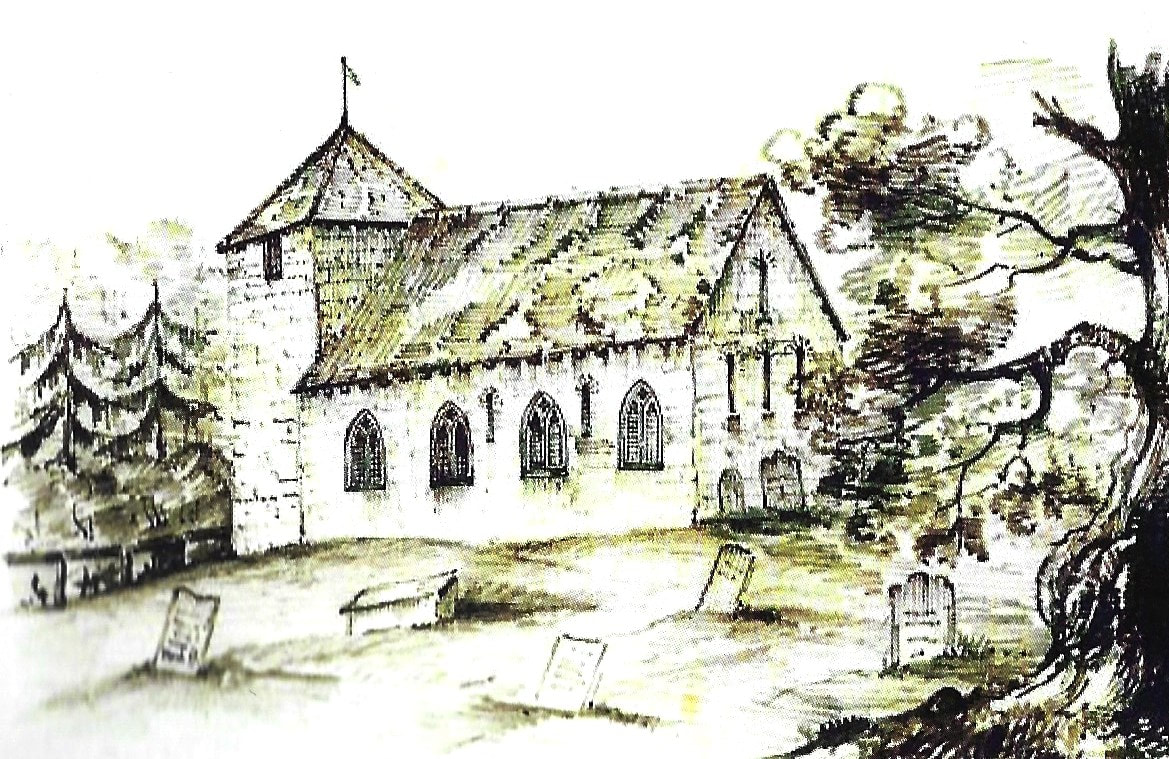 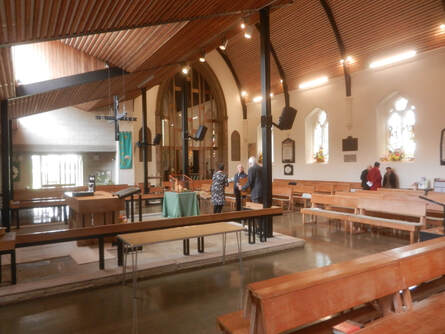 The small community Heslington provides an interesting study of English religious belief and practice.  Until 1869, the village was divided between the parishes of St Lawrence, near Walmgate Bar, and St Paul’s in the village.  But in the mid-19th century there were also three non-conformist churches; a Wesleyan Methodist Association, a Wesleyan Methodist Chapel and an Independent Chapel.  In the 20th century, a chapel was established for Catholics and St Paul’s was imaginatively re-modelled to provide a modern ecumenical environment, suitable for most denominations.

In October 2019, we were treated to a well researched study of this fascinating subject by one of our members; the former scientist and retired Anglican priest, Dr Peter Mott, who still takes occasional services at Heslington parish church.

Heslington is an Anglo-Saxon name, interpreted as “Settlement by the hazel trees”, which means it dates from long before “Great Heathen Army” of Vikings occupied York in 867.  The village is mentioned in the Domesday Book, which lists two Norse Lords of the Manor; Folcar, and Orm son of Gamal.  Both were major Northumbrian landowners who lived elsewhere.

After the “harrying of the North” by William the Conqueror most Norse lords were dispossessed, and their lands given to Norman supporters of the King.  Count Alan of Brittany (William’s nephew, and lieutenant at the Battle of Hastings) became the 4th largest landowner in England, including 5 carucates in Heslington (a carucate was the area that could be cultivated in a year by one team of 8 oxen - about 120 acres).

King William appointed Thomas of Bayeux as Archbishop of York in 1070, after the death of Archbishop Aeldred.  He rebuilt and re-organised York Minster, but objected when Count Alan established a Benedictine monastery (St. Mary’s) in the grounds of St. Olave’s Church, of which both men claimed to be patron.  The King decided in favour of Count Alan, but to compensate, he gave Archbishop Thomas properties in Fishergate, Clifton and 4 carucates in Heslington.  In addition to building a new Minster, Archbishop Thomas also re-organised the canons (cathedral clergy), giving each their own land (prebendary) to support them.

His successors continued this practice, and in about 1150, the Archbishop awarded his Heslington manor to the new Prebendary of Ampleforth and it is likely that the Prebend (Canon) built the first Heslington Church.  Two surviving pictures of the original church show it was built in the Norman style with rounded arches, rather than pointed arches of the Gothic which came in at the turn of the 13th Century.  In 1388, 2 bells were installed, cast by John Porter of York.  These are all that remain of the Medieval Church -except possibly the snowdrops in the former churchyard.

Methodism is said to have been introduced into Heslington in 1812.  A chapel was opened by the Wesleyan Association in the 1830s and was still in use in 1851, but no more is known of it.  In the 1840s two more chapels were built; by the Wesleyan Methodists in 1844 on the west side of Main Street, and by the Independents in 1847 on the east side.  The Independent chapel was acquired by the Primitive Methodists and registered by them in 1887.  The Wesleyan chapel closed in 1949 and became the Village Meeting Room in 1954.

In 1858 a new larger Parish Church was built in Heslington in memory of the Lord of the Manor, Yarburgh Yarburgh and paid for by his sister, Mrs. Alicia Lloyd, and her son George who had inherited the Heslington estate, and now changed his name to Yarburgh.  (He inherited the title of Lord Deramore from his older brother in 1890.)  The new Church was built in Victorian Gothic (specifically 14th Century Decorated) style.

In 1880 the reredos behind the altar, and the encaustic-tiled Chancel floor were remade in beautiful mosaic by the Italian Antonio Salviati (who also made the mosaic reredos in Fulford Church).  It shows the four Gospel-writers: Matthew, Mark, Luke and John, with symbolic floral mosaics inbetween. The central design is a Maltese Cross, in recognition that Heslington’s patron Saint Paul, was shipwrecked on the Island of Malta. The stained glass windows showing the Nativity and Resurrection of Christ are in memory of Mary Elizabeth Bateson de Yarburgh, who died in 1884.
​
In the 1960s, the old vicarage was sold to the Roman Catholics for a Carmelite community and Catholic chaplaincy centre; there is now a chapel where services are held regularly for the friars and the university Catholic community.
With the arrival of the University, the parish church needed enlarging, and in 1973, St Paul’s church was radically re-configured and enlarged to a design by Ronald Sims, pictured here.